Paris St Germain Parc de Princes
Opened in 1972, the Parc des Princes was conceived by French architect Roger Taillibert and Iranian artist Siavash Teimouri, The stadium design was innovative for the time, allowing spectators to enjoy unrivalled sight-lines and no seating being further than 45 metres from the pitch. It was also the first stadium with lighting systems integrated onto its roof structure and to this day is praised for its unique acoustics. Described in French as a ‘caisse de résonnance’ (‘box of sound’) due to its tight dimensions and amazing atmosphere created by fans, it is one of the Europe’s most iconic and historic venues. 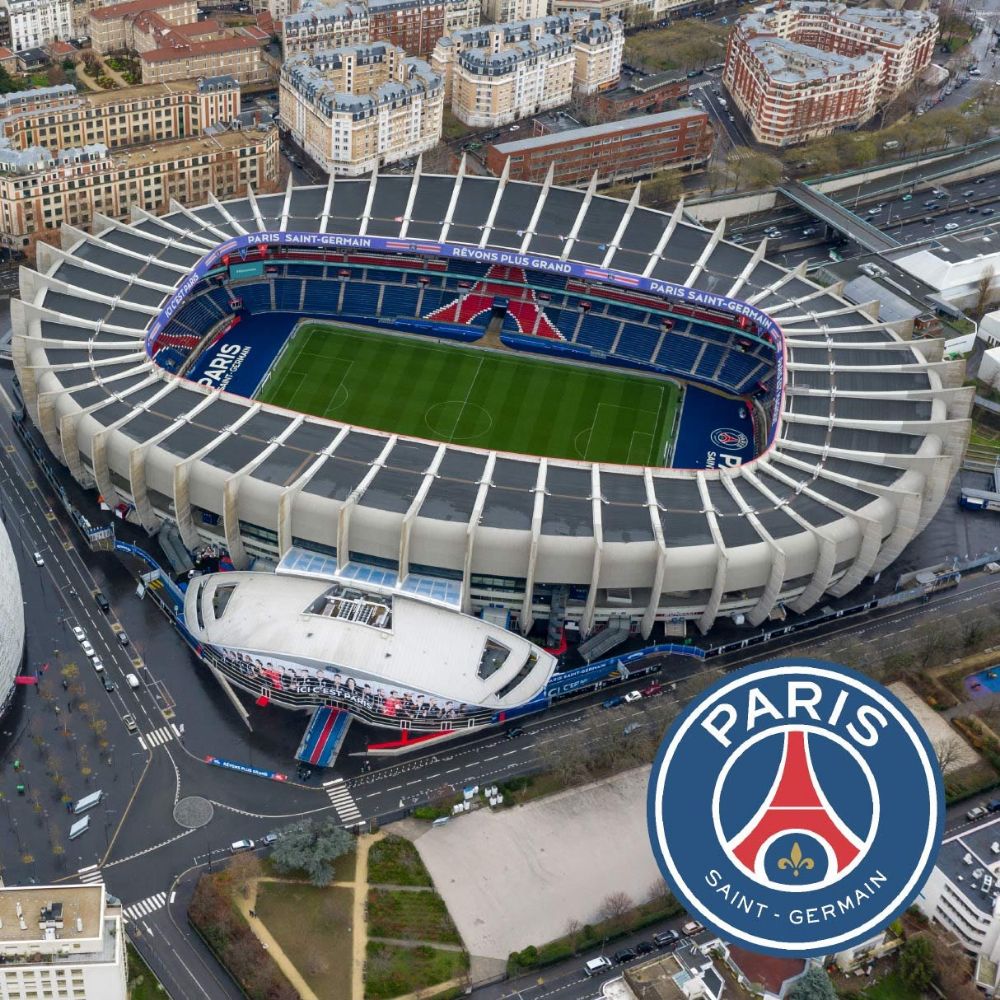 Paris Saint-Germain Football Club, commonly referred to as PSG, is a professional football club based in Paris, France. France’s most successful club, they have won over 40 official honours, including nine league titles and one major European trophy.

Playing their home games at the Parc des Princes, PSG have made the famous stadium their fortress for many decades achieving the most consecutive seasons playing in France’s top flight and winning several domestic and European titles. PSG is the most popular football club in France and one of the most widely supported teams in the world. 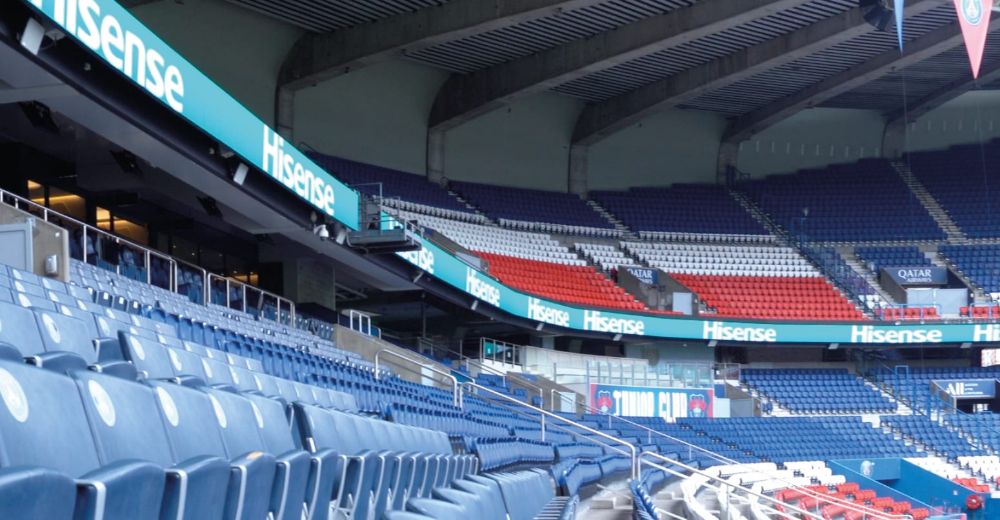 Flagship Experience
As part of scheduled updates to the stadium and the opening of a flagship store on the Champs-Élysées, integrator SNEF was set the challenge of delivering a World-class visual experience to visitors of the stadium and club shop. 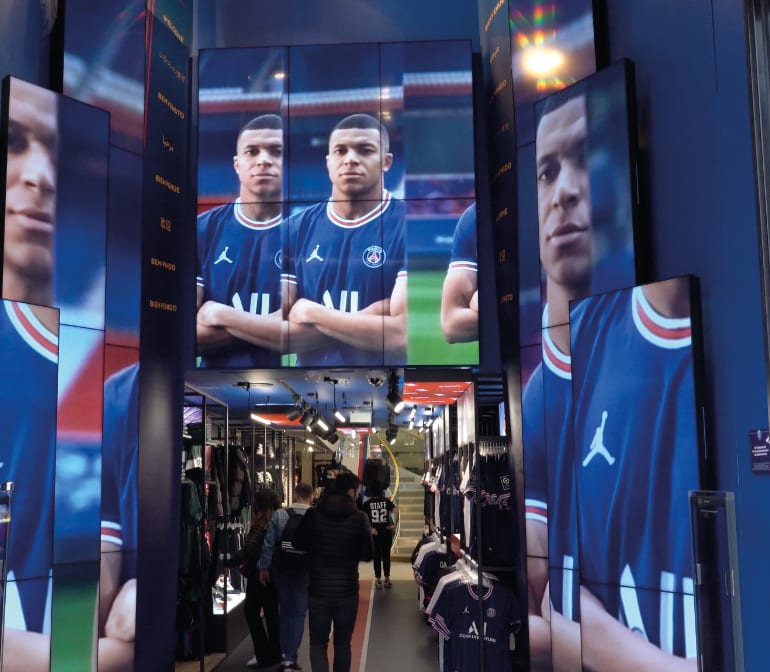 LED Showcase
Complementing the pitch side experience is the new jumbo LED walls installed in two corners of the stadium. Both measuring at 45sq metres, they provide realtime footage and live information directly to everyone in the stadium enhancing both the atmosphere and spectator enjoyment. 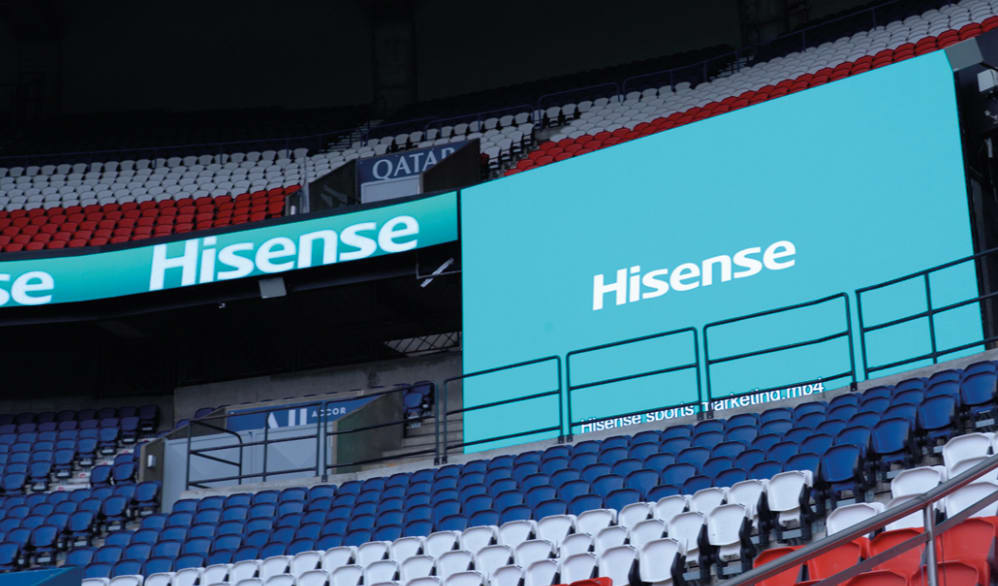 Inside the stadium Hisense LED displays have been installed to maximise spectator and TV viewer engagement. The unique and impactful mid-terrace perimeter has 450sq metres of 10mm pixel pitch LED, incorporating 3,750 modules and 625 cabinets. The prominent height of the PSG ribbon LED display significantly amplifies visibility of the 45 million pixels on display! 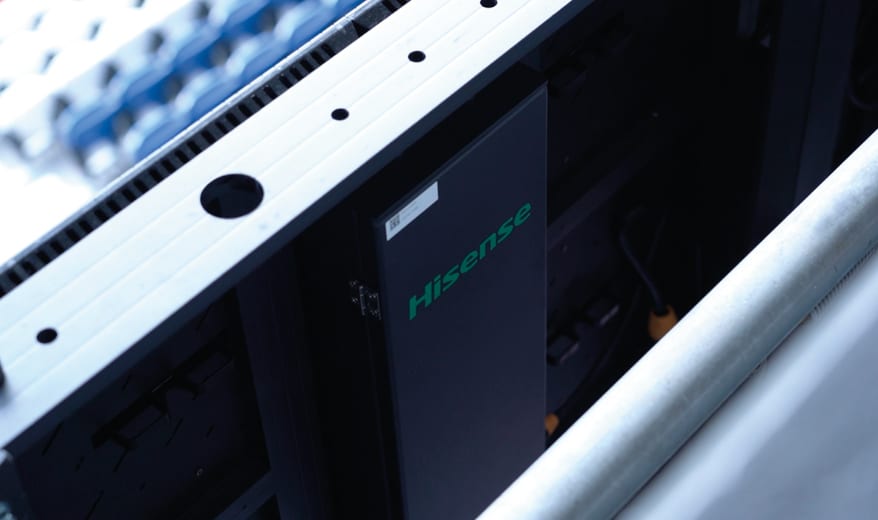 PSG have recently opened a new flagship store on the famous steps of the Champs Elysees in Paris. The new megastore needed to deliver a significant wow factor for shoppers and draw them deeper into the store. Integrator SNEF specified a number of Hisense LED, videowall and digital signage displays throughout the installation for maximum impact. Upon entry visitors are greeted by the wall of legends LED display that features portraits of the star players. From here, visitors are taken on a digital journey throughout the store with a mixture of video walls and interactive exhibits to engage customers. 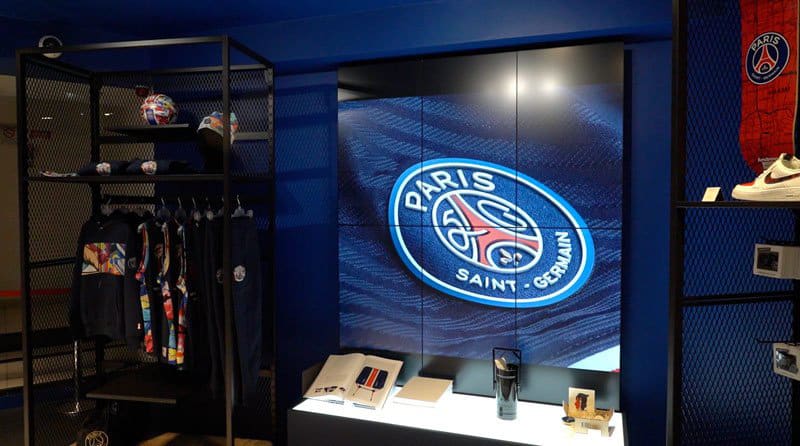 Shawn Kim, MD of Hisense B2B Europe commented on the installation,“ This partnership between Hisense and PSG reveals the shared ambition of our brands. Both PSG and Hisense deliver high performance and compete at the highest level. This means the AV experience of supporters in the stadium and club shop needs to be world class. We are proud of the results of this installation and give thanks to the integrator, SNEF, who did an amazing job on such a short time scale’.